Both bridges attract thousands of tourists from all regions of Russia. Because they are historical monuments, they bear mystical names and are one of the highest on Sakhalin.

The so-called Sakhalin's Devil's Bridge is in the vicinity of the Nikolaychuk station in the Kholmsk district. A unique railway structure was built by the Japanese in the 1920s. The train drove along this road through two tunnels, traveled almost to the top of the hill and passed along the built Chertov Bridge at an altitude of 38 meters, from which you can see the most beautiful panorama of the island nature.

The tunnel and bridge were built by the Japanese in the 1920s. The tunnel is almost 900 meters long and inside the mountain makes a whole circle. The upper part of the tunnel goes directly above the entrance to it. This is a unique engineering structure, considering that in the 1920s there were no gps and modern ways of taking into account the situation in space.

A few kilometers from the Devil's Bridge is the Witch's Bridge. Built by the Japanese in 1928. It was part of the railway line Yuzhno-Sakhalinsk-Polyakovo. The bridge is a complex engineering structure, attracts its length of 200 meters and a height of 50 meters. In 1994 the traffic on the bridge was closed due to the closure of the line. In 2007, due to a forest fire, part of the bridge suffered.

Eating for a day, water / tea. 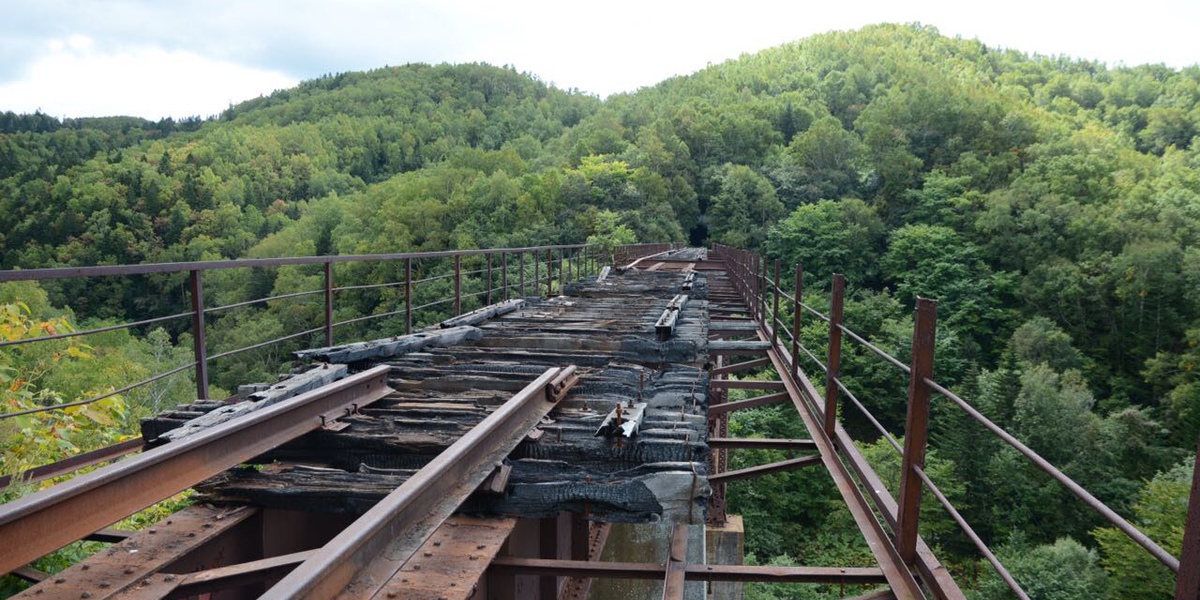 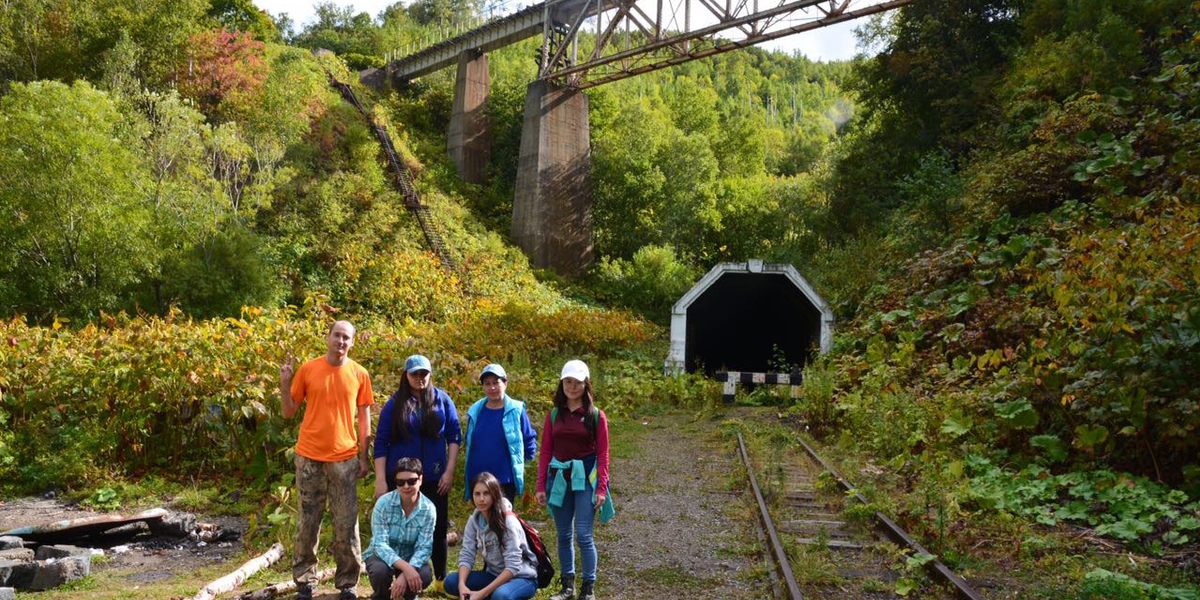 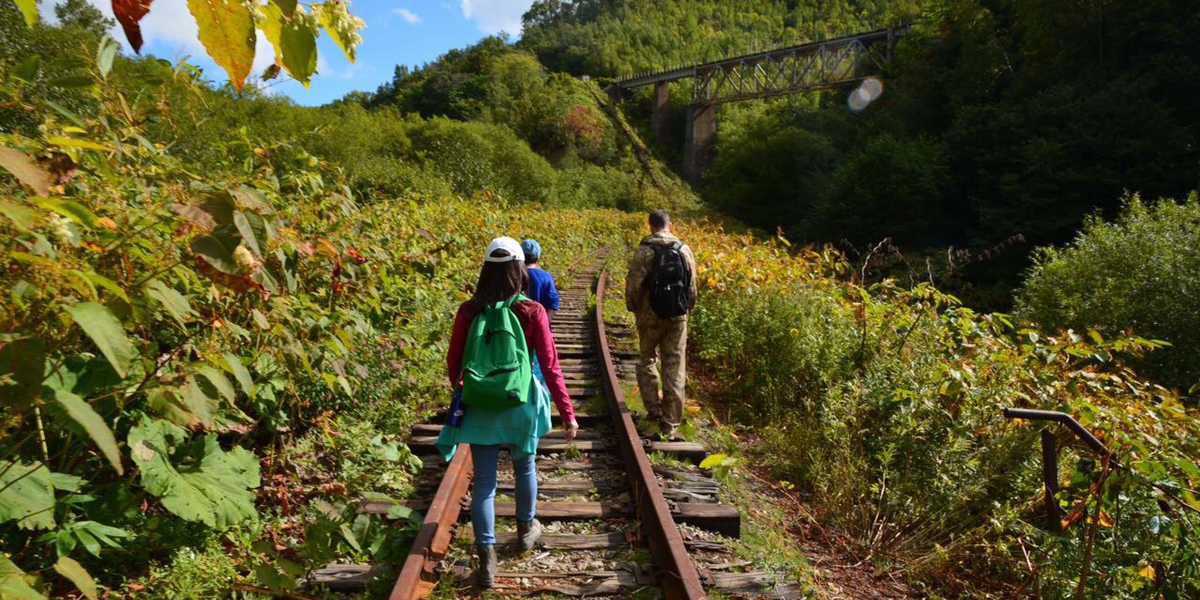 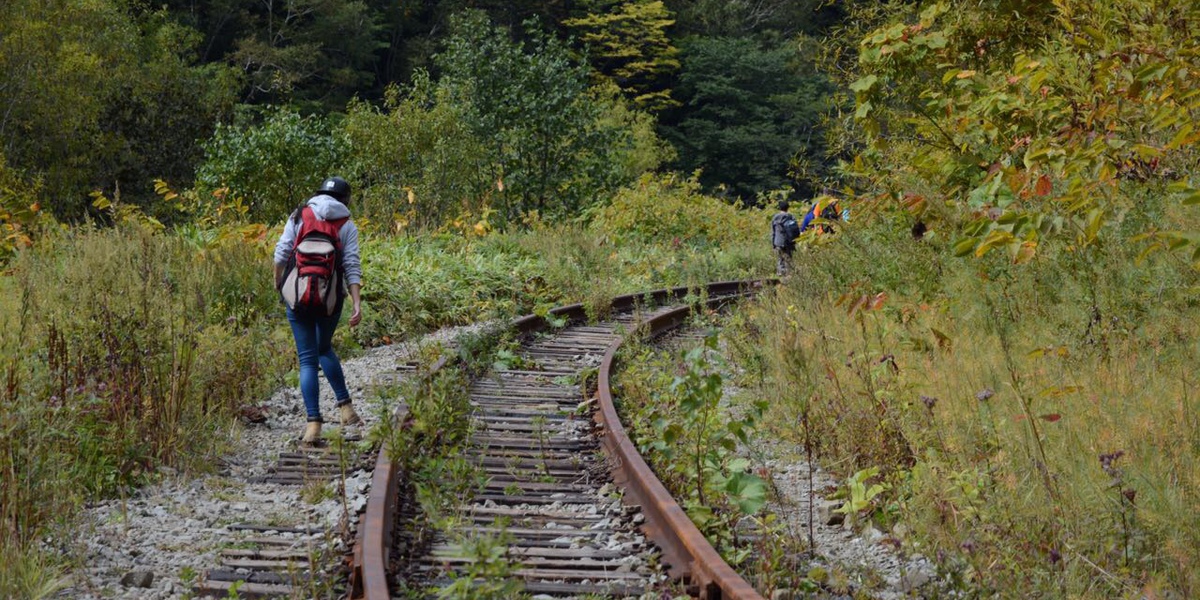 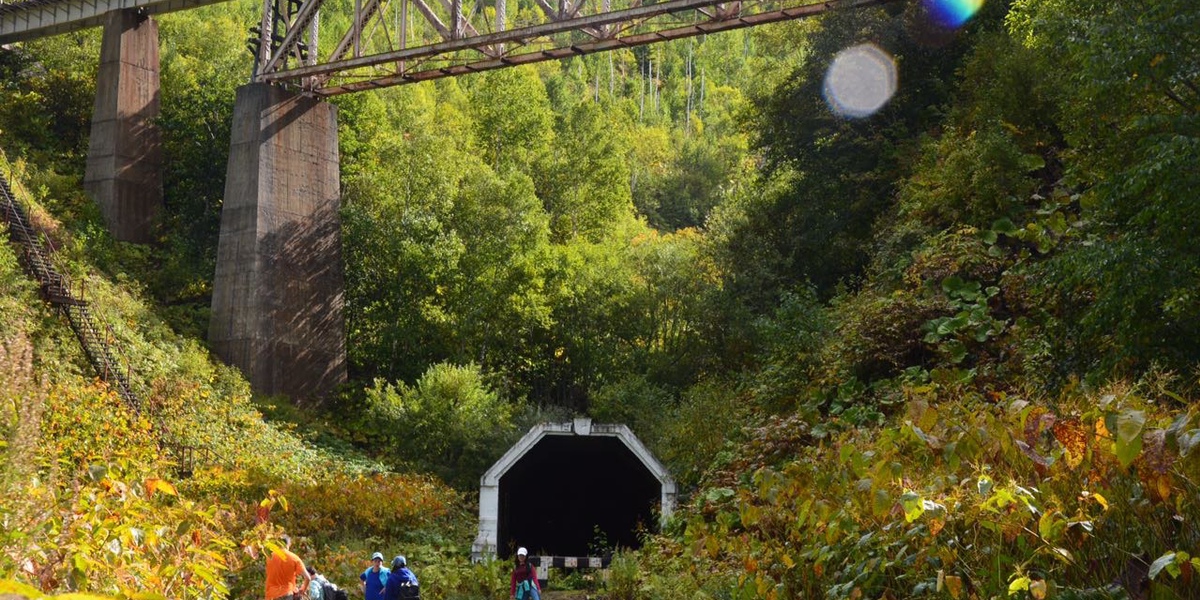 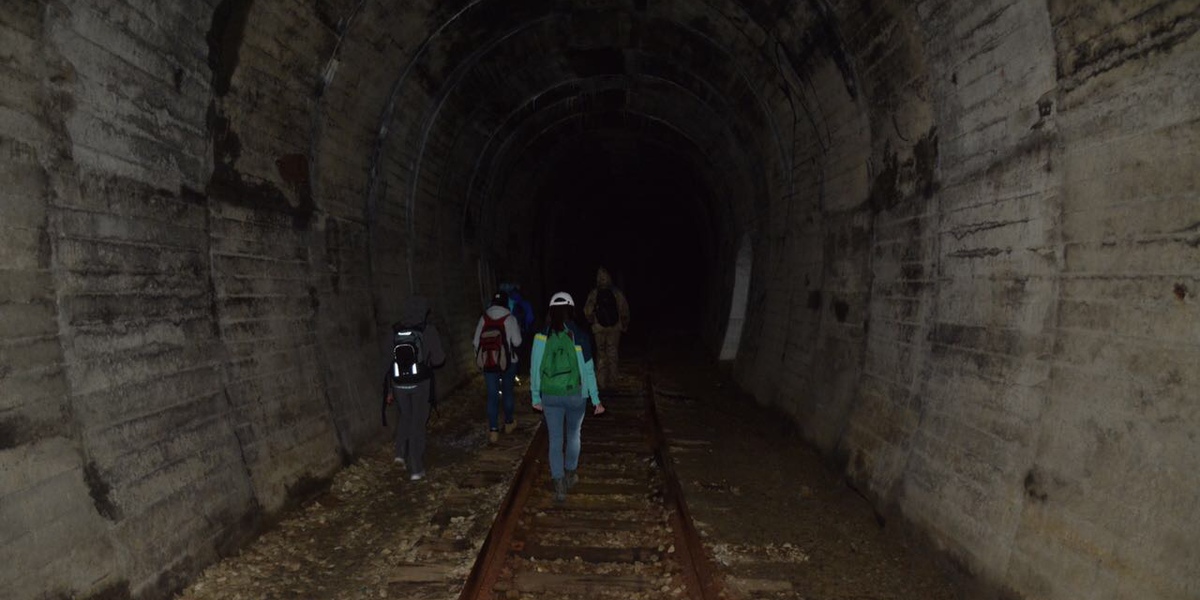 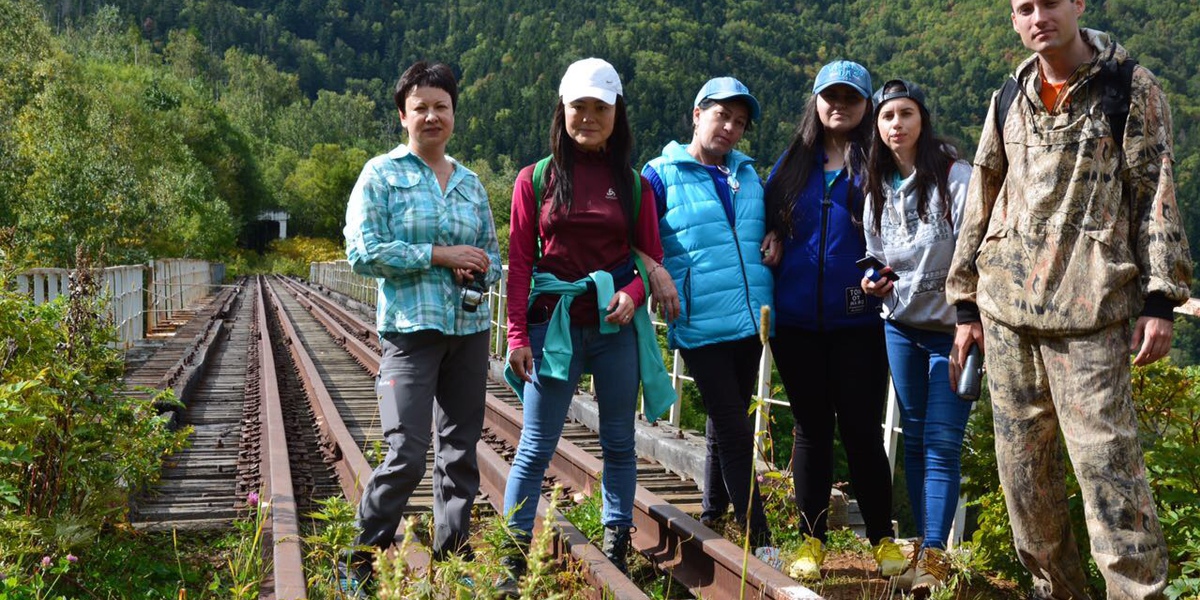 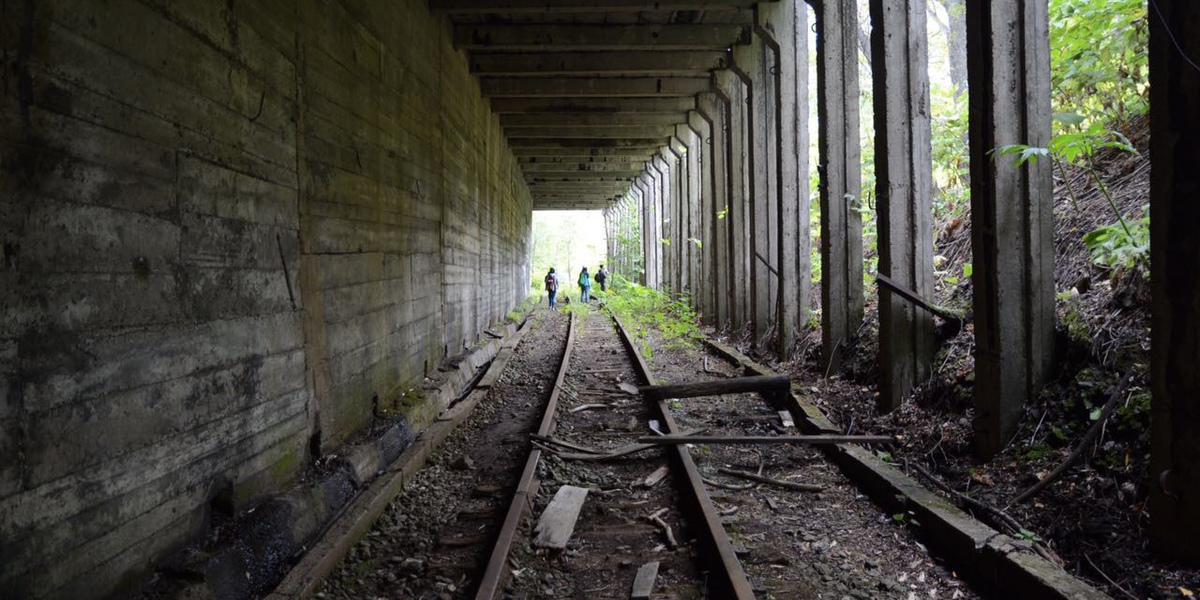 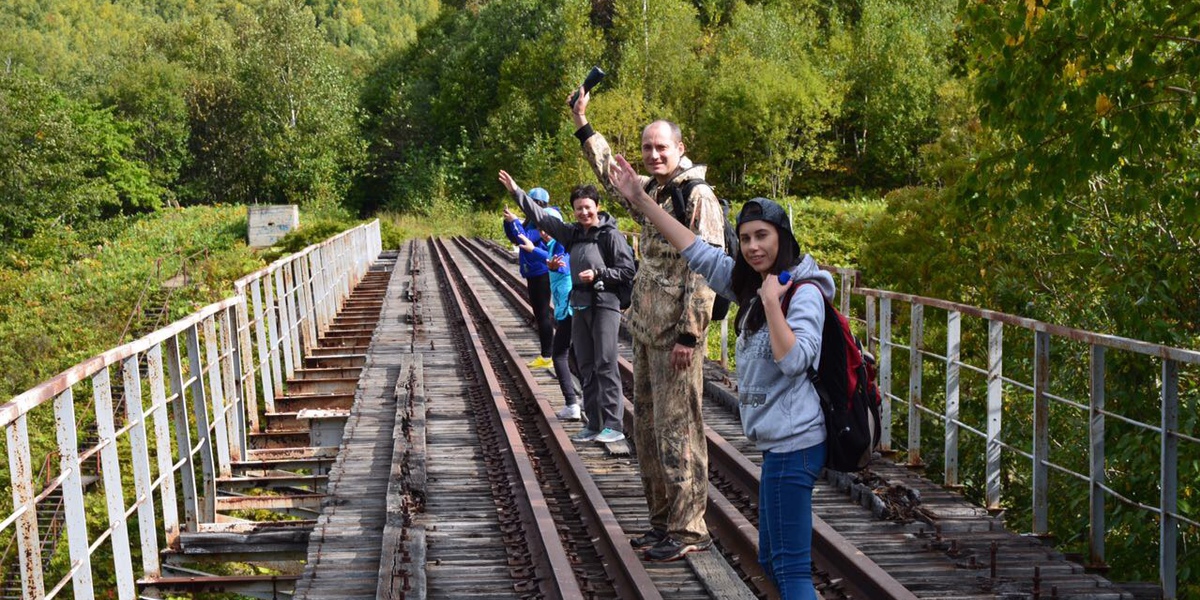 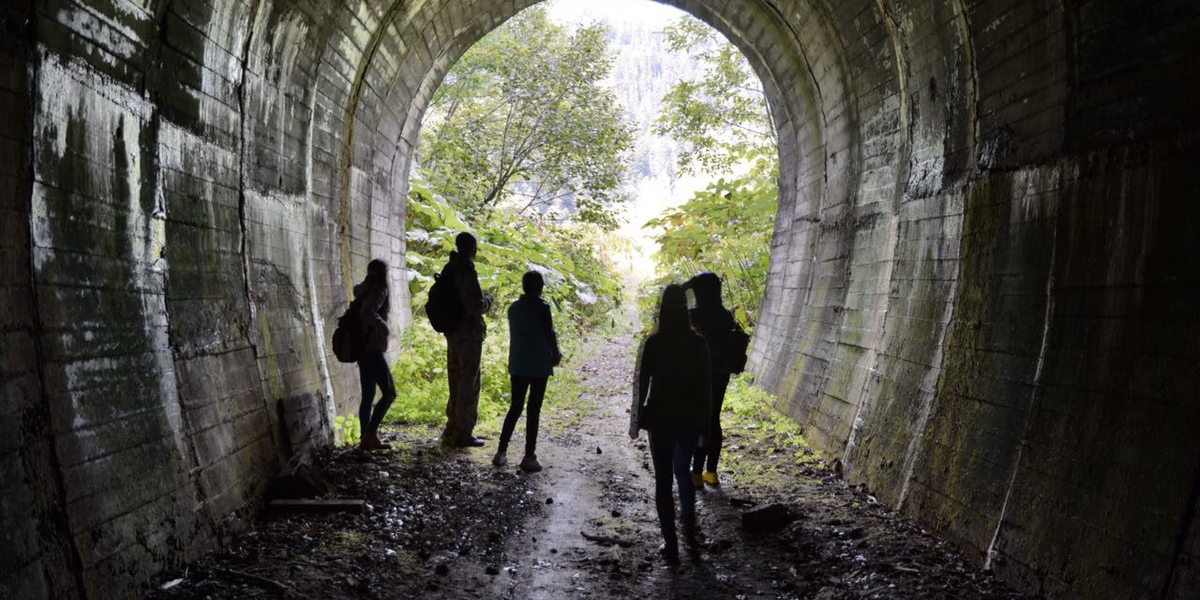 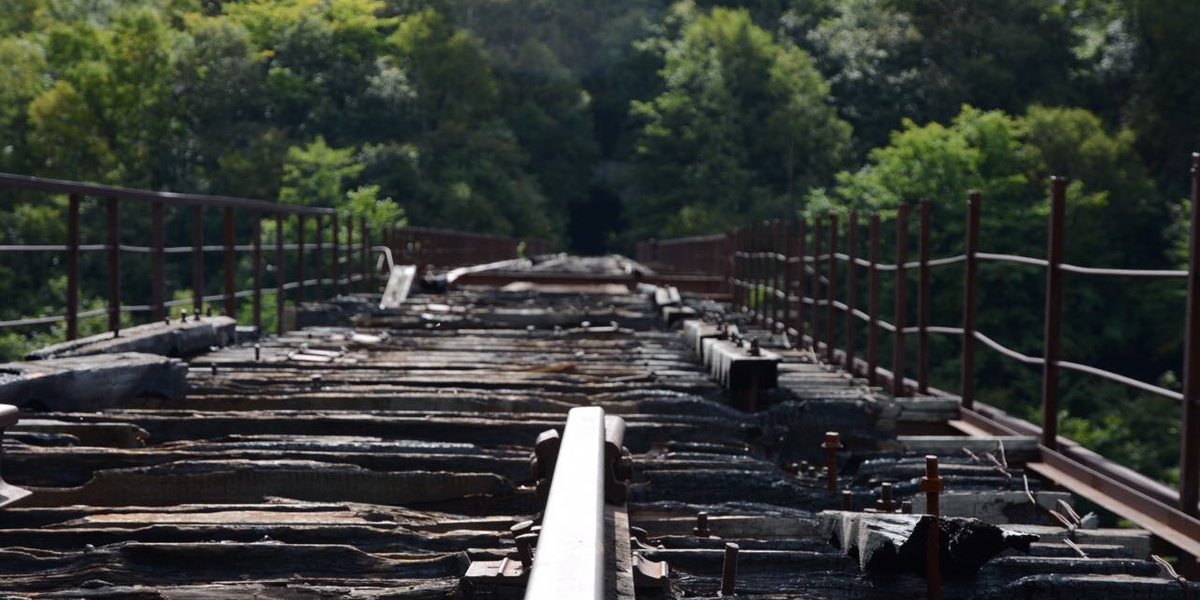 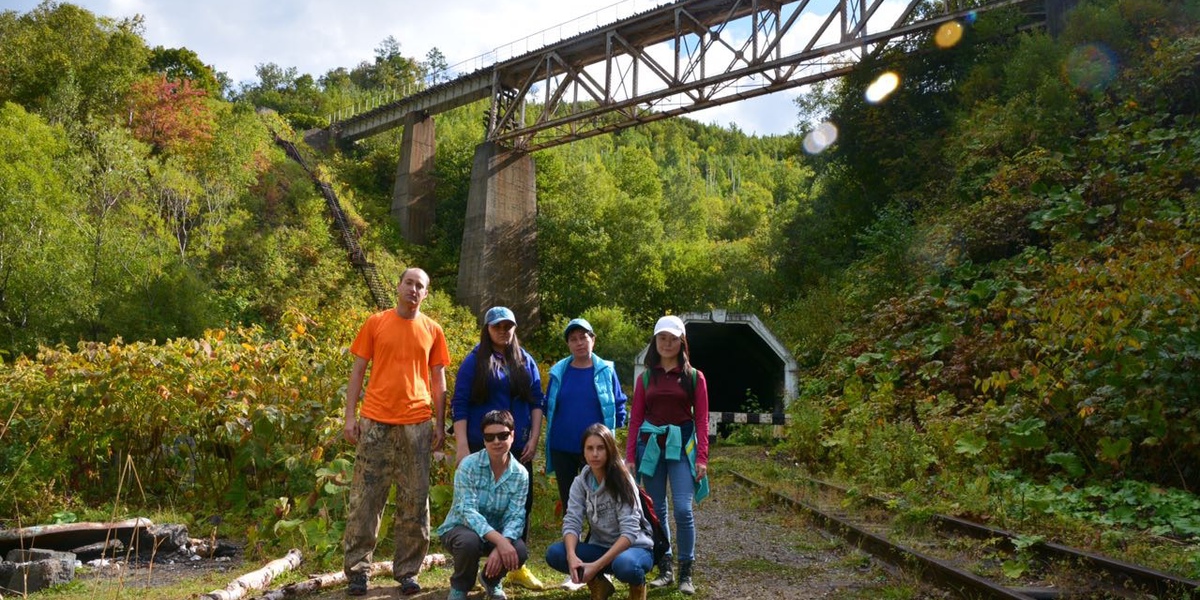