Zhdanko Ridge is a geological nature monument of Russia of federal rank, named in honor of the Russian General of the Hydrographs Corps, Mikhail Efimovich Zhdanko.

Zhdanko ridge, in addition to the unapproachable view of Zhdanko Mountain, whose height is 682 m, includes the Vladimirskaya and Bogatyr mountains located to the north. The ridge is formed by lava flows, has a length of 13 km. At the same time, it is relatively narrow - only 1.5-2 km, and its well-defined peaks (the highest point of the ridge 682m), characterized by the sharpness of the teeth, look beautiful against the background of the sky, which gives the mountain education an unusual picturesqueness.

Zhdanko ridge is covered with lichen, juniper and rare species of grass - the fires of the post-war era completely destroyed the pine forest. Nevertheless, on his slopes abundantly bear lingonberry, krasnika and siksha, here you can find the Sakhalin radio, Phyllodoca, dicentre, two kinds of rhododendrons, the catchment, the juniper Sargent. On the rocky outcrops of the Zhdanko ridge, an amazing alpine flora has been preserved, some of the Sakhalin endemics have been found here: the Sugawara and Tatevaki lobes, the Nupurinskaya saussa, the Sakhalin sauce, the Sakhalin nezabudochnik. . On the sea terraces, edelweiss idols are often idolized by some eastern peoples. Only here in the territory of Russia there is a rare plant the small-petrel Miyabe.

LENGTH OF THE ROUTE 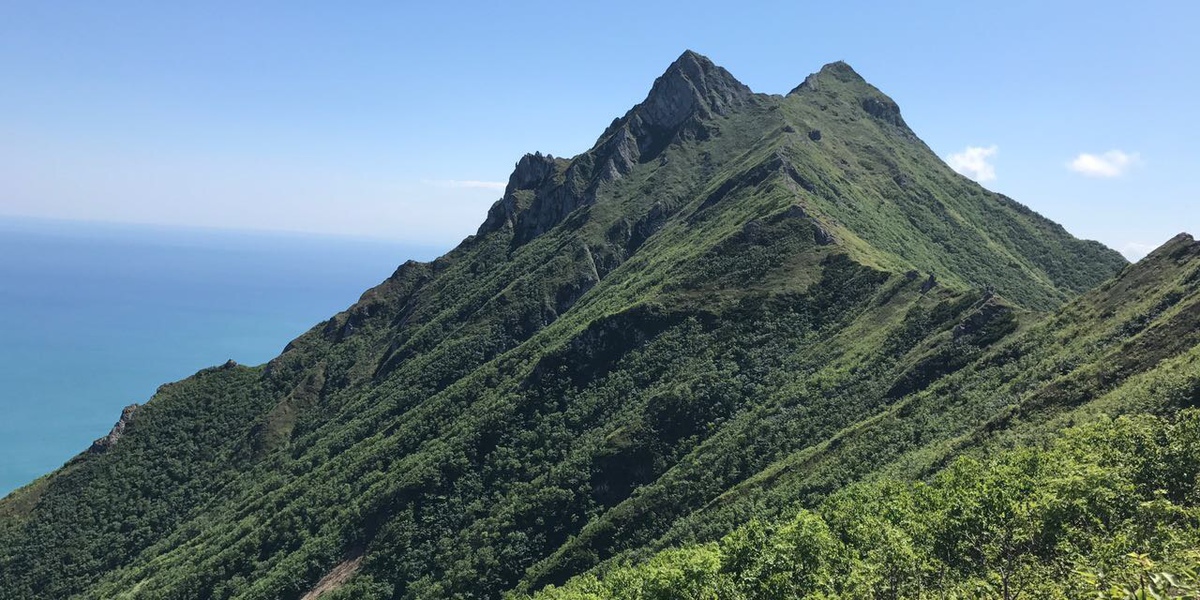 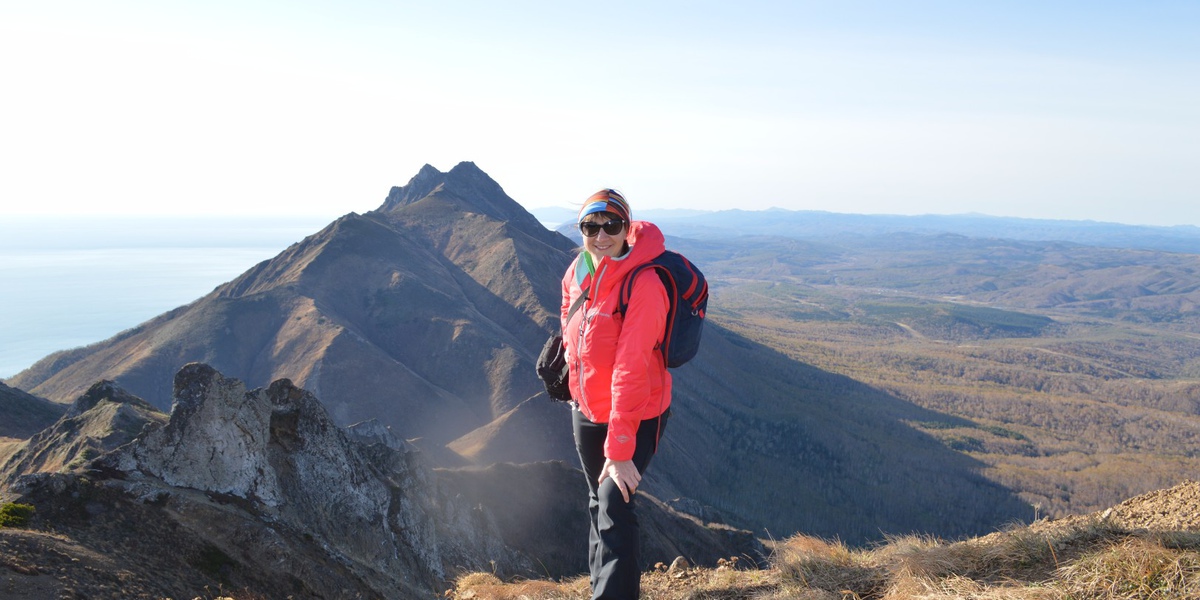 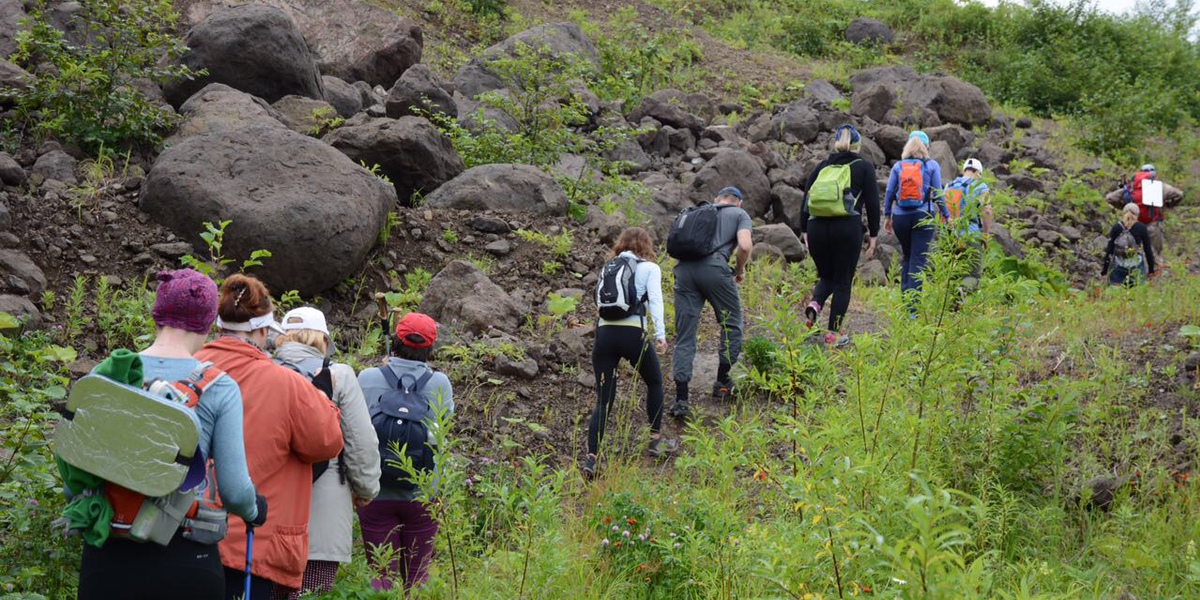 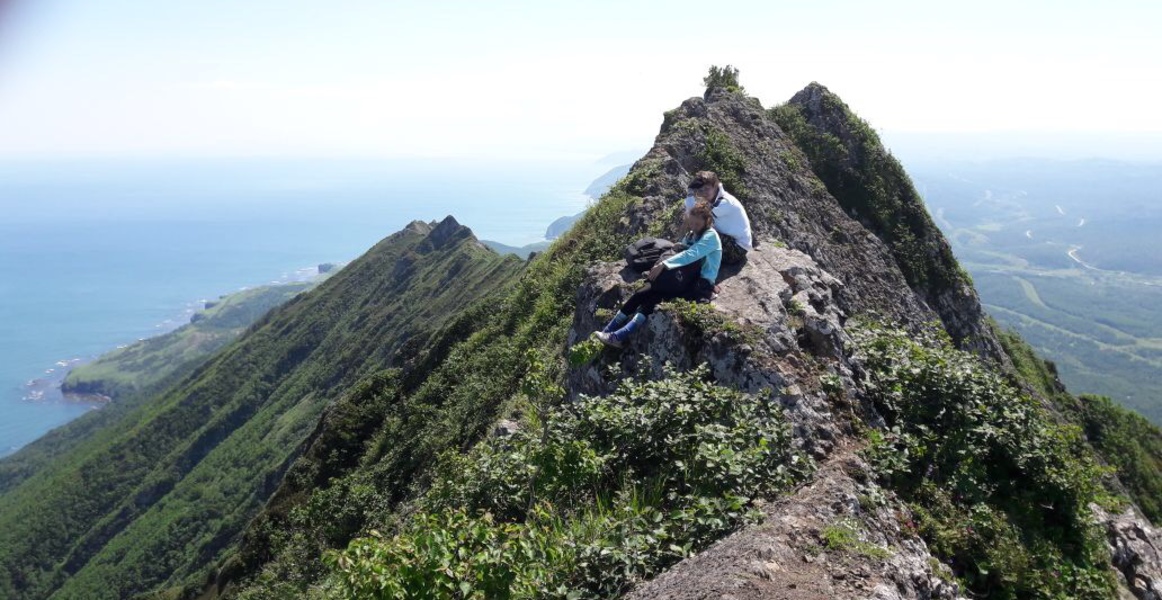 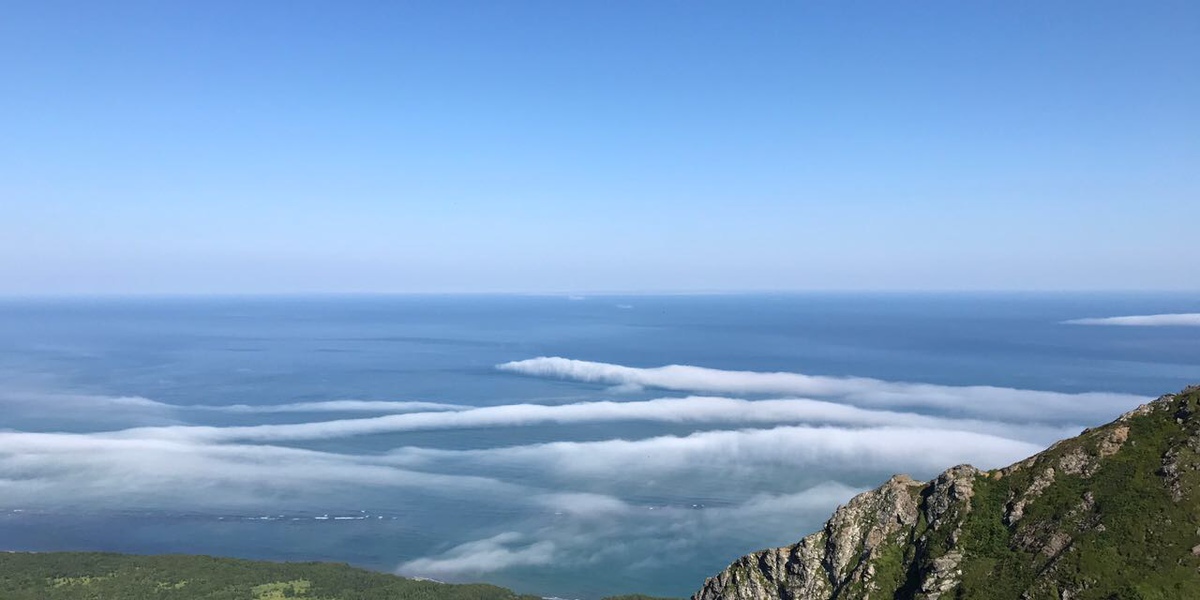 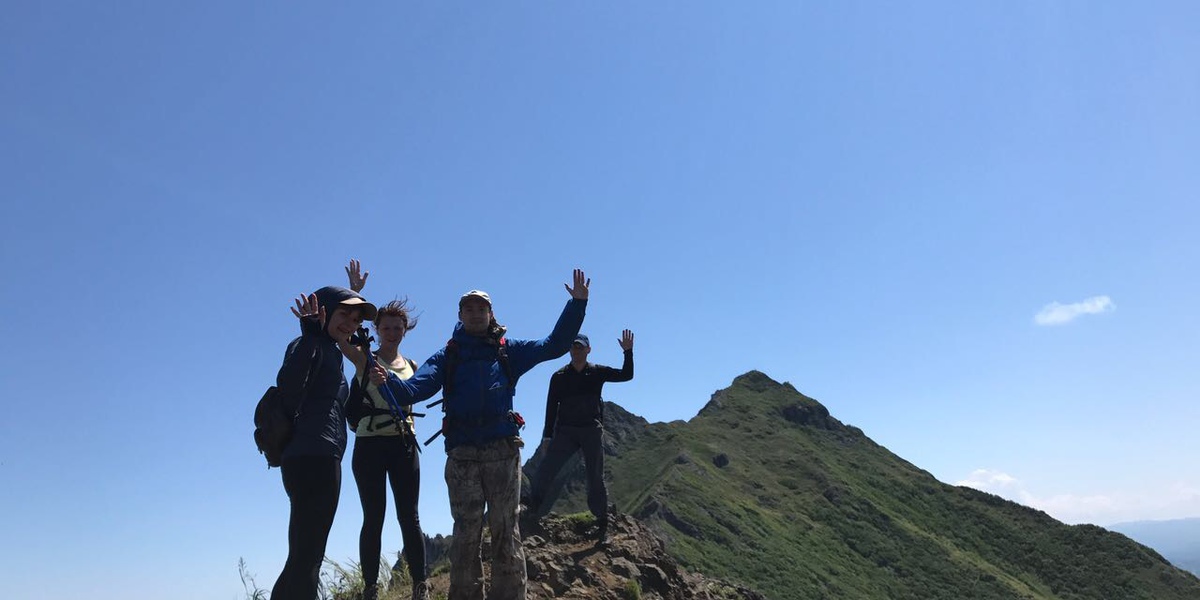 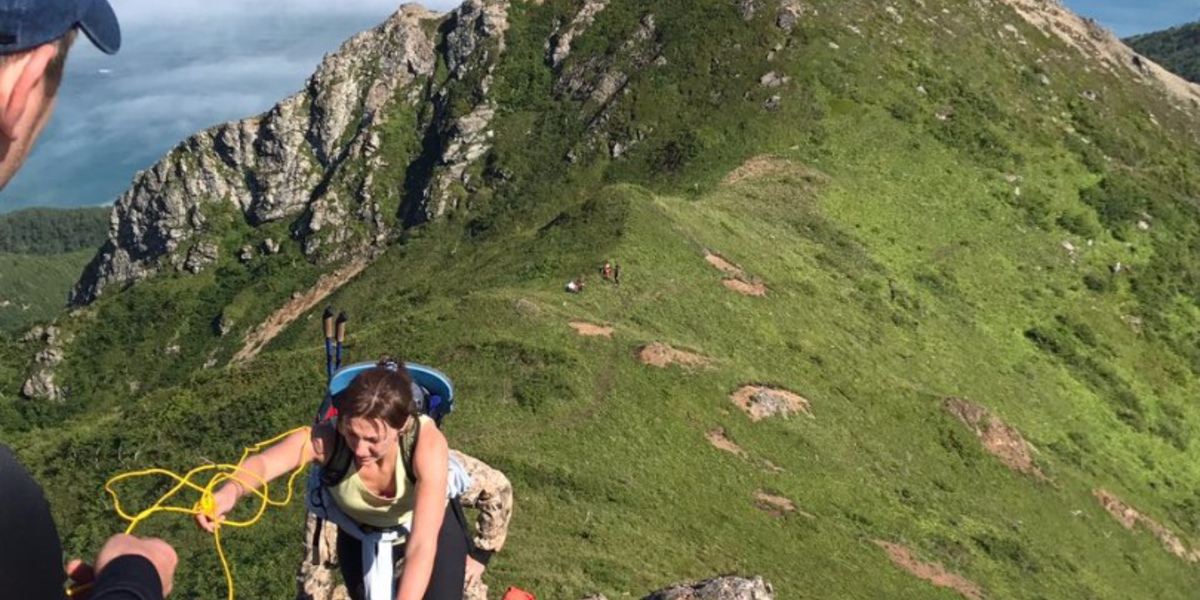 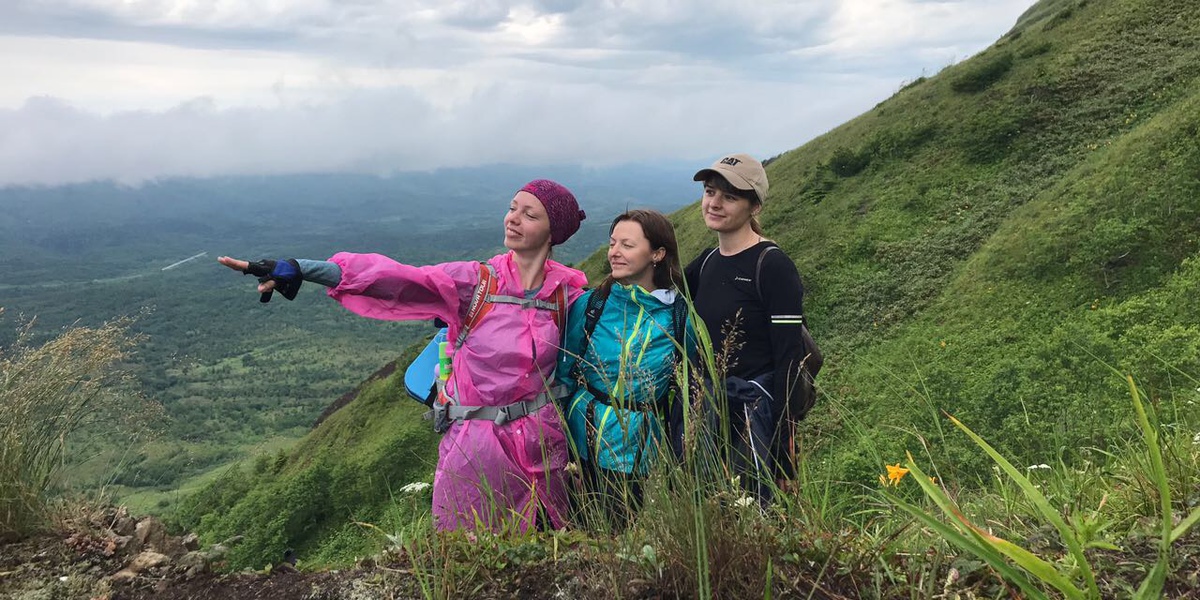 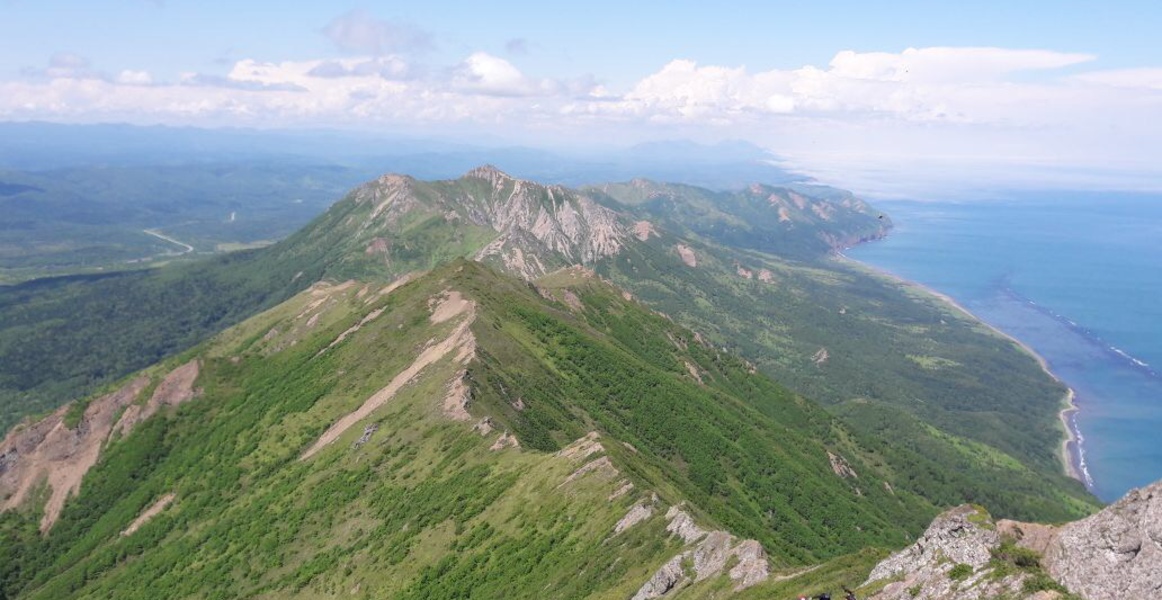 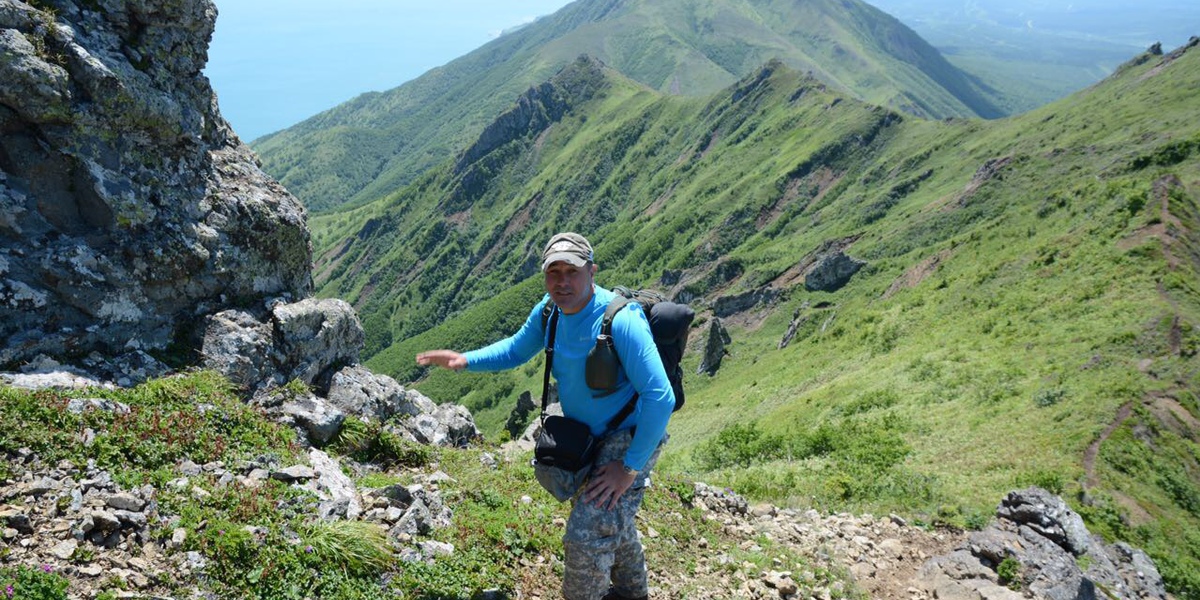